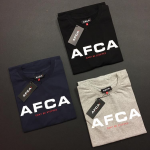 Formed in 1964 in Phoenix Arizona, heavy rock band Alice Cooper is fronted by Vincent Furnier, who legally changed his name to Alice Cooper. Their best hits include School's Out and Poison, and the band reached number one with 1973 album Billion Dollar Babies.

The band became known for their theatrical and shocking stage shows, with controversial actions such as throwing a live chicken into the audience during a festival performance. Alice Cooper himself has inspired his own documentary in 2014, The original band line up was inducted into the Rock and Roll Hall of Fame in 2011.

No introduction needed here... one of the biggest and most influential bands of all-time, The Beatles have wowed generations with stunning albums like Yellow Submarine, Abbey Road, and Sgt Pepper's Lonely Hearts Club Band. Adored by millions worldwide, they’ve given us just as many classic hits as we’ve given them awards. Perhaps the biggest band of all time!

Beatlemania is over, but you can still celebrate this amazing band with retro Beatles t- shirts from Amplified Clothing. Find your perfect Beatles t-shirt online today.

One of the most influential heavy metal bands of all time, Black Sabbath were formed in Birmingham, UK in 1968. Fronted by Ozzy Osbourne and famed for their hair-raising antics as well as their seminal albums Paranoid, Master of Reality, and Sabbath Bloody Sabbath, they were inducted into the Rock and Roll Hall of Fame in 2006.

If you are looking for an iconic Black Sabbath t-shirt online today, our range of Black Sabbath clothing is where you need to be. We have an extensive collection that includes the much sought after Black Sabbath tour t-shirt from their 1978 U.S tour. Shop online now.

Blondie is an American rock band founded by singer Debbie Harry and guitarist Chris Stein. The band was a pioneer in the early American new wave and punk scenes of the mid-late 1970s. Its first two albums contained strong elements of these genres, and although successful in the United Kingdom and Australia,

Blondie was regarded as an underground band in the United States until the release of Parallel Lines in 1978. Over the next three years, the band achieved several hit singles including "Heart of Glass", "Call Me", "Rapture" and "The Tide Is High" and became noted for its eclectic mix of musical styles incorporating elements of disco, pop, reggae, and early rap music. 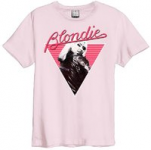 Amplified Bob Marley Could You be Loved tee unisex 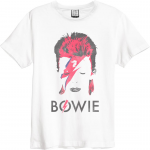 Hard rock band Guns n Roses formed in Los Angeles in 1985, and earned their fame with debut album Appetite for Destruction. With classic hits like Sweet Child O' Mine, Welcome to the Jungle, and November Rain, Guns n Roses are now known as one of the world's biggest selling bands of all time. The band was inducted into the Rock and Roll Hall of Fame in 2012 and have won and been nominated many awards, including 4 MTV Video Music Awards. 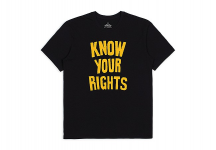 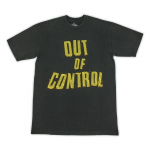 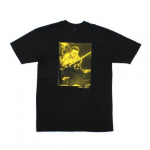